Maqasid of Shari’ah is a millennium old theory on the higher objectives of Islamic divine law. As the discipline of Islamic economics and finance grew in politico-economic importance in the past three decades, a cathartic trend has emerged among Muslim experts to realign economic and financial practices with not merely the minimum legal requirements of religion but also the wisdom and crucial objectives of Shari’ah. An expositive example of this is the monetary economics debate of a Shari’ah consonant currency. Though vast majority of religious clerics have approbated fiat and paper currencies in strict legal terms since the 1980s, a revisionist movement since the mid-1990s seeks to counter it—some going as far as indorsing reversion to gold and silver coinage of medieval Islamic epoch of affluence. Unlike orthodox fiqhi (strict jurisprudentialism) approach that involves legalese with little leeway, Maqasid approach concerns itself with the spirit of the law. This paper operates in the exciting laboratory of Maqasidic framework to appraise the multitudinous role of fiat currency in protecting economic, political, and social public interests, prevention of harm, promotion of egalitarianism, and attainment of ultimate utopic vision of theological and spiritual demands in Shari’ah. The paper contributes, theoretically, by introducing several moral-philosophical arguments against fiat’s compatibility with Shari’ah, and, practically, by prognosticating the future course of discourse in light of advancements in technological innovations—including nascent crypto-currencies. 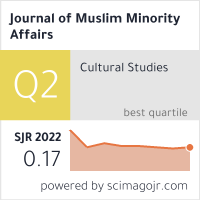